Put our pollies to the pub test 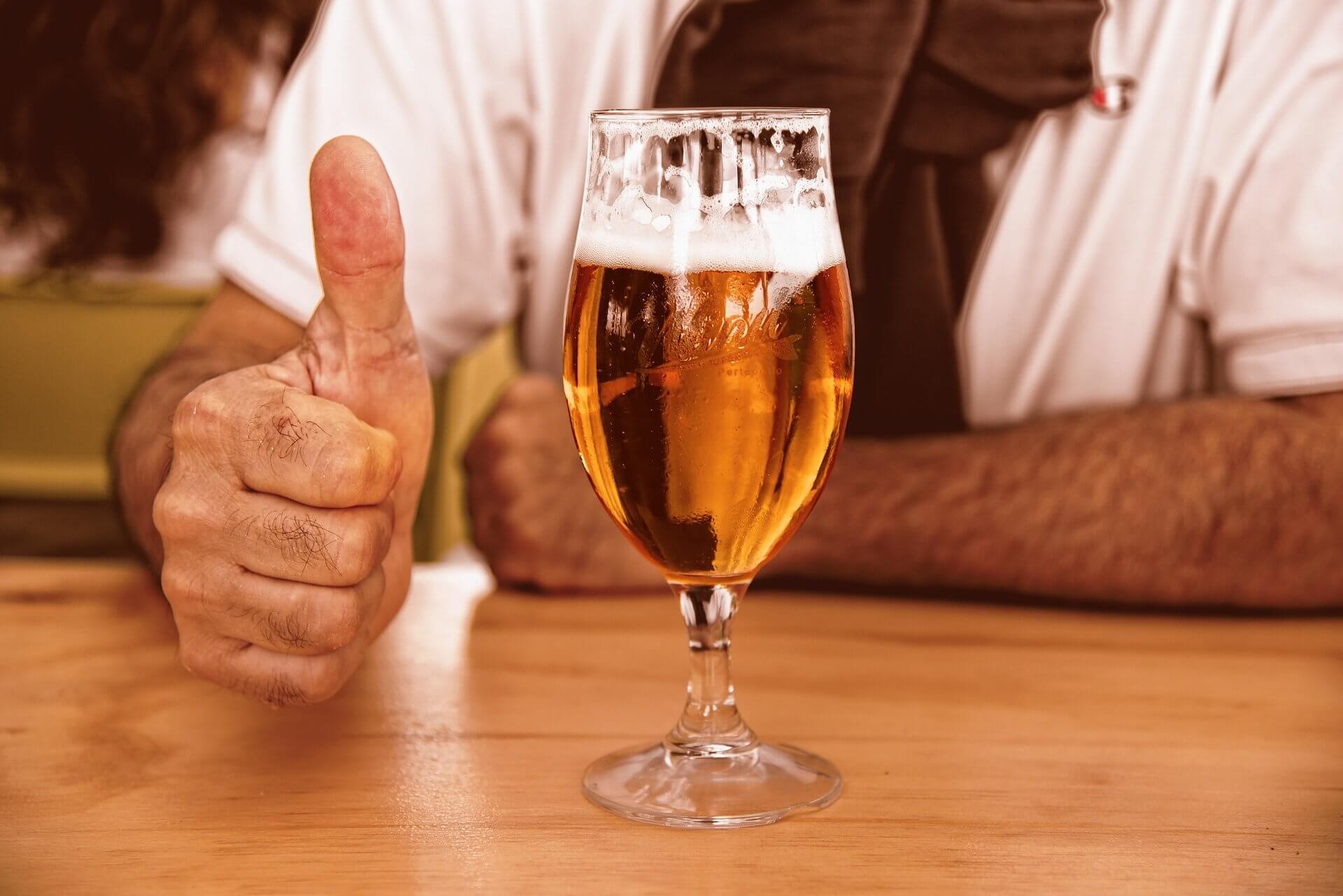 THE grey cloud of COVID may have darkened our nation’s economic horizons but it has shone a spotlight on an issue that has existed for too long within our Westminster model of government.

The dysfunction of our tiered government systems, and the inability for those to work effectively for the common good of the people, has come sharply into focus for the average Australian.

It is ridiculous to see the battle of wills and words among our senior politicians and our senior bureaucrats. The cacophony of clashing agendas is deafening to Aussie citizens right now but this is only, finally, a public display of what has always been happening behind the scenes. It’s certainly time to put the whole situation to the famous Aussie pub test, so I’m throwing in a few rounds for discussion …

Round 1: As unemployment among rank-and-file Aussies builds day-on-day, the dwindling number of taxpayers continue to dig deep to support a massively inflated public service, funding bureaucrats on huge salaries not impacted by COVID in any way.

Think about this. For the average worker the Australian superannuation guarantee system currently requires employer contributions of 9.5% into their super, which is designed to support them in retirement. It has long been acknowledged that this super guarantee payment should sit at 12% over a person’s working life to be realistic.

So the average Aussie, working within an unstable economy, gets 9.5% (and that level only in recent years) but well-paid public servants sitting in safe-as-houses jobs get 17% super. That couldn’t pass the pub test in any environment, and certainly doesn’t now, during COVID.

So be fair and bring in a flat 12% superannuation guarantee for ALL Aussie workers. That means the bureaucrats have their super adjusted down by 5%, and the average Aussie workers see theirs increased by 2.5%. Consider the benefit to the economy not only now but into the future.

Round 2: Let’s use the COVID shakedown to reduce the layers of government to two – Federal and Local. Scrapping the State level will remove the catfighting between Federal and State and save a bucketload of taxpayer-funded wages.

It also will stifle the changing of agendas around taxpayer monies as they filter from Federal to State level, and reduce costly bureaucracy associated with double, triple and quadruple handling of taxpayer dollars before the meagre remnants finally reach the frontline services.

Round 3: It’s time to reassess the value (both the cost to taxpayers and the intrinsic value to the community) of providing the level of pension currently afforded to politicians on retirement from the House. Let’s face it, many just draw on their political connections to find another big pay packet. So rather than a rich pension, increase the pay rates for pollies but pay them ONLY while they are in their political role, not forever after.

Roundup: If we really are “all in it together”, maybe the needs of the average taxpayer could be considered and the adjustments as above made, rather than allowing feathering of nests in our political environment during this economic crisis and beyond. Get this done, and the drinks will be on me, you and every working Aussie who wants this country to succeed. 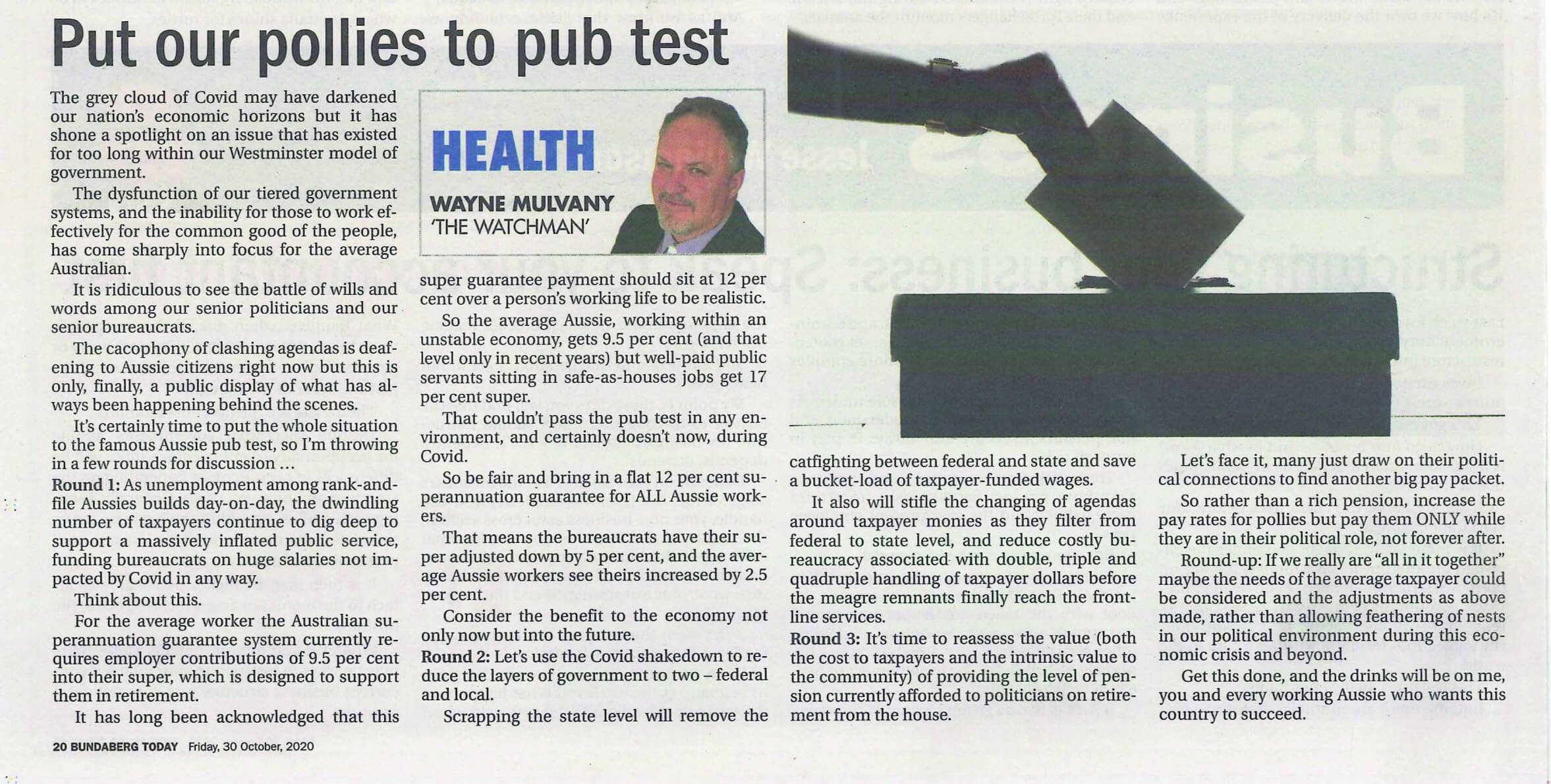