Players turn out in droves for charity day

RAIN did not stop play when IWC sponsored a charity golf day at Gayndah on Saturday 7 July. 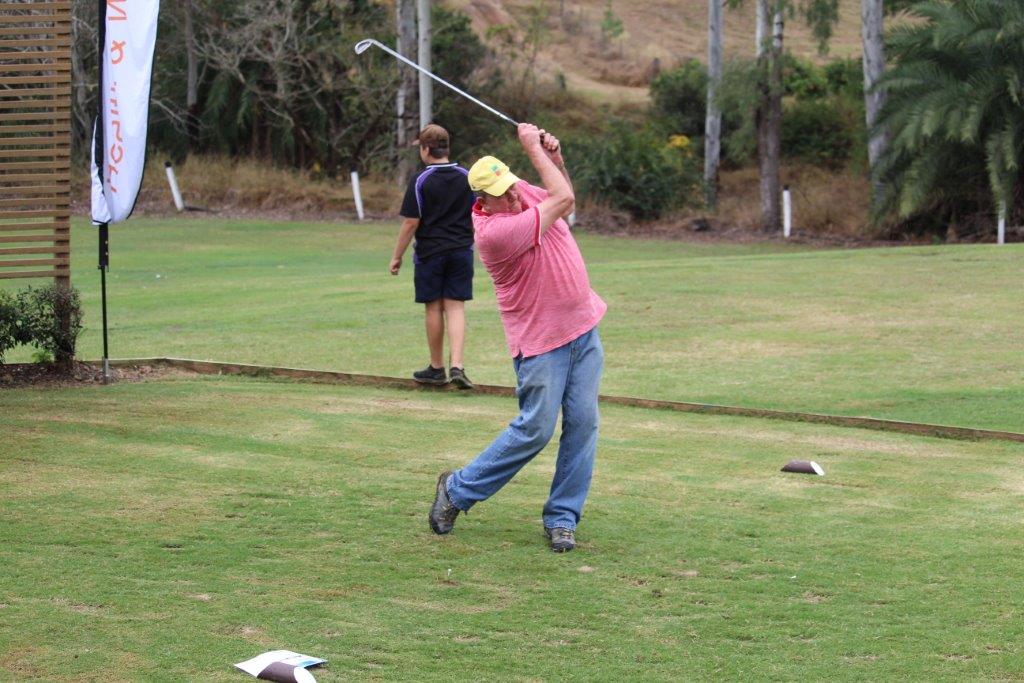 Despite the grey skies and intermittent rainfall, almost 50 players – and around 30 spectators and helpers – turned out for the fundraiser held by community-run health and wellbeing organisation IWC to support another good cause – LifeFlight.

“It was a terrific turnout on the day, and we have to thank Gayndah Golf Club for helping us stage this community event,” said IWC North Burnett Assistant Manager Cynthia George. “IWC sponsored the event as a way of bringing the community together and it was held to mark the 2018 NAIDOC Week and Reconciliation Week.”

The event was run in conjunction with Gayndah Golf Club, and Captains for the Day were Shaun Allen and Kirk Jolly.

“We would like to particularly thank volunteers Celia Wain, Di Baker, Lindsay Baker, Shaun Allen, Nicole Chapman, Jack George, Tristan George, Beth Stralow and Shani Burns, who all did a lot of work to make this a successful day. Di and Lindsay also provided a vehicle to deliver food and drinks around the course, which was a huge help, and provided great advice as well as volunteering their time,” said Mrs George.

Gayndah Golf Club member Di Baker said: “It’s been great to see so many players on the day.”

Mrs George said the event was about bringing people together in a fun environment, and one of the most hotly contested prizes on the day was a glass skull full of chocolates.

“People paid to guess how many chocolates there were in the jar – there were 141 as it turned out – and we raised a lot more money for LifeFlight just through that. The winner was Bert Shadford, who guessed 140.”

Mrs George said the event raised more than $600 for LifeFlight, which would be presented to the local branch.

“LifeFlight does an amazing job for our community, and as a health and wellbeing organisation that is here for everyone we really appreciate the work they do,” she said.

All male players nearest to the pin: Kirk Jolly

Prizes for golfers and rolling raffles were provided by local businesses including:

“Our warm thanks, too, to Kubler Family Bakery, Gayndah and Cam and Sue’s Quality Meats, Gayndah for supporting this event with donations of meat and bread,” said Mrs George.