GREEN for the region’s grassy landscapes, aqua for the ocean, ochre for the rich soil, and red for the blood spilled in massacres during the 19th century.

These are some of the colours chosen by Aboriginal Elders for a light display at the IWC Health & Wellbeing Complex, Bundaberg, to be unveiled at a special evening ceremony on Tuesday March 17.

The shifting panorama of subtle downlit colour will highlight an 80m-long pictorial tableau of First Nations peoples’ history of the region, bringing each of the 11 images to life against the dark night sky.

“This is a key part of the sharing of knowledge around the sacred sites and oral histories of the First Nation peoples of Bundaberg region,” said IWC General Manager Wayne Mulvany. “It is a legacy of arts and culture that will endure, building understanding and awareness of the history of our area among all peoples, Indigenous and non-Indigenous.”

IWC is Aboriginal community-controlled and committed to Reconciliation in Action, providing health and medical, family and community, and cultural services to all people, Indigenous and non-Indigenous.

The official ceremony on March 17 will mark the finalisation of the project, which has taken years to complete. It is part of the recently completed $20 million expansion of the community facility, officially opened in October by Deputy Prime Minister Michael McCormack.

The 11 panels have all been taken from paintings created by local artist Jacky Poulter in consultation with the Elders in the working group and IWC.

Two panels are dedicated to the colonialist massacres of First Nation peoples in the region, which was one of the bloodiest areas of Australia in the mid-19th century.

Uncle Willy Broome said: “For the first time in my lifetime, the Taribelang Bunda have a Voice about our true history, and are able to honour our Ancestors for everybody to see. How can we have Reconciliation without truth? There has never been recognition of the blood that has been shed. When we talk about the massacres, it was women, children and babies who were slaughtered. That is the truth and it is time to recognise this.

“This is a beacon of hope and light, taking us away from a dark past that has been wrapped in trauma and half-truths.”

Uncle Jason Brown said: “This is an opportunity to reconcile to Creator Spirit and to family, past, present and future. The Ancestors will be looking down and proud. What IWC is doing is such a blessing to families and our communities. This is humungous.”

Each of the oral histories is told inside the building, with plaques sitting under each of the paintings, which are on permanent display.

Byron Broome of the TCAC, who delivers Culture Tours of the region and cultural education within schools, said: “We will be building this important educational display into our tours, because we know that to move forward we have to honour the past and our Ancestors’ legacy.” 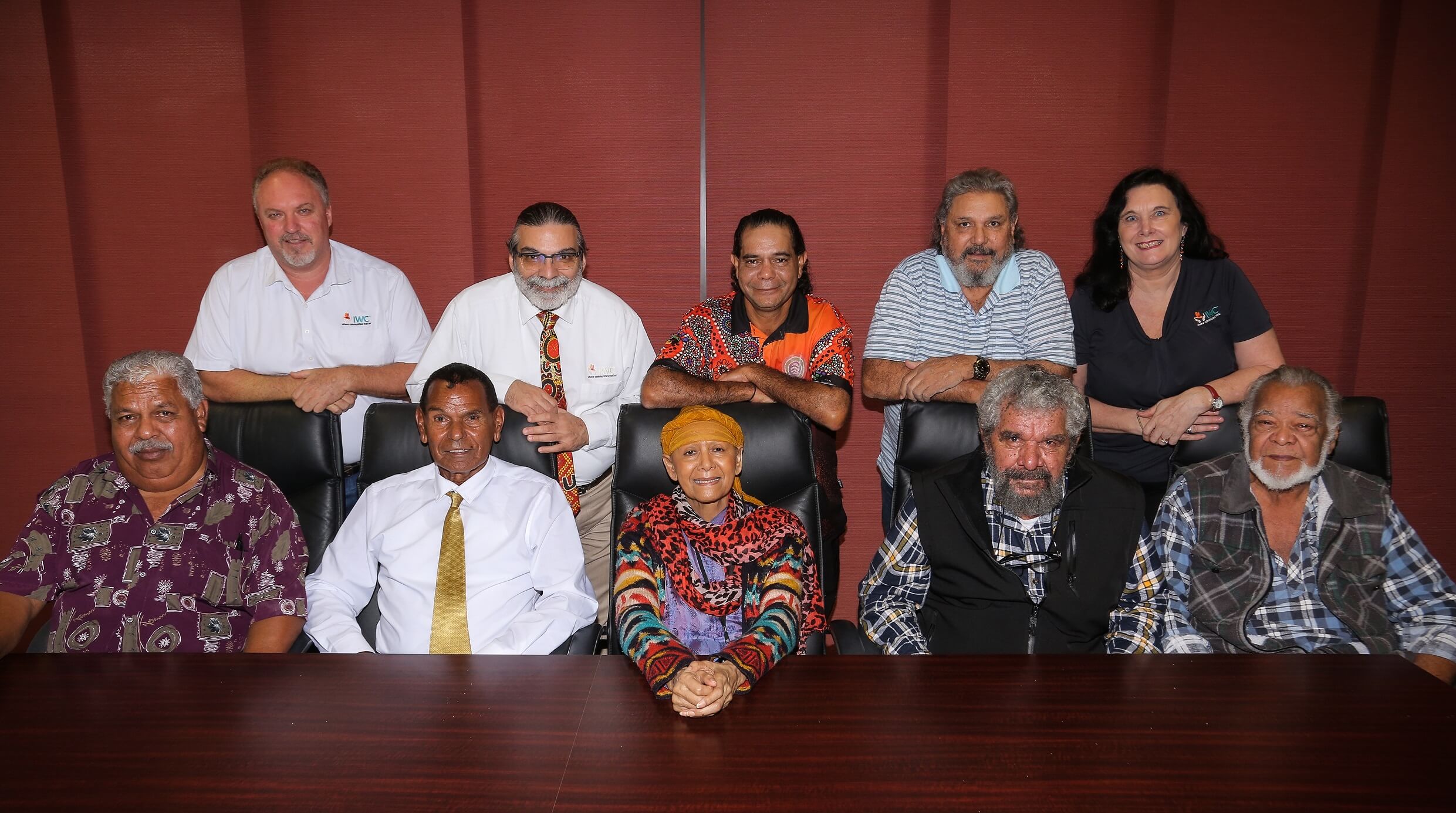