PHN conflict of interest is raised

COMMUNITY-driven and Aboriginal-run health and wellbeing organisation IWC has hit back at attempts by the region’s Primary Health Network (PHN) to push aside concerns about an Indigenous health program. 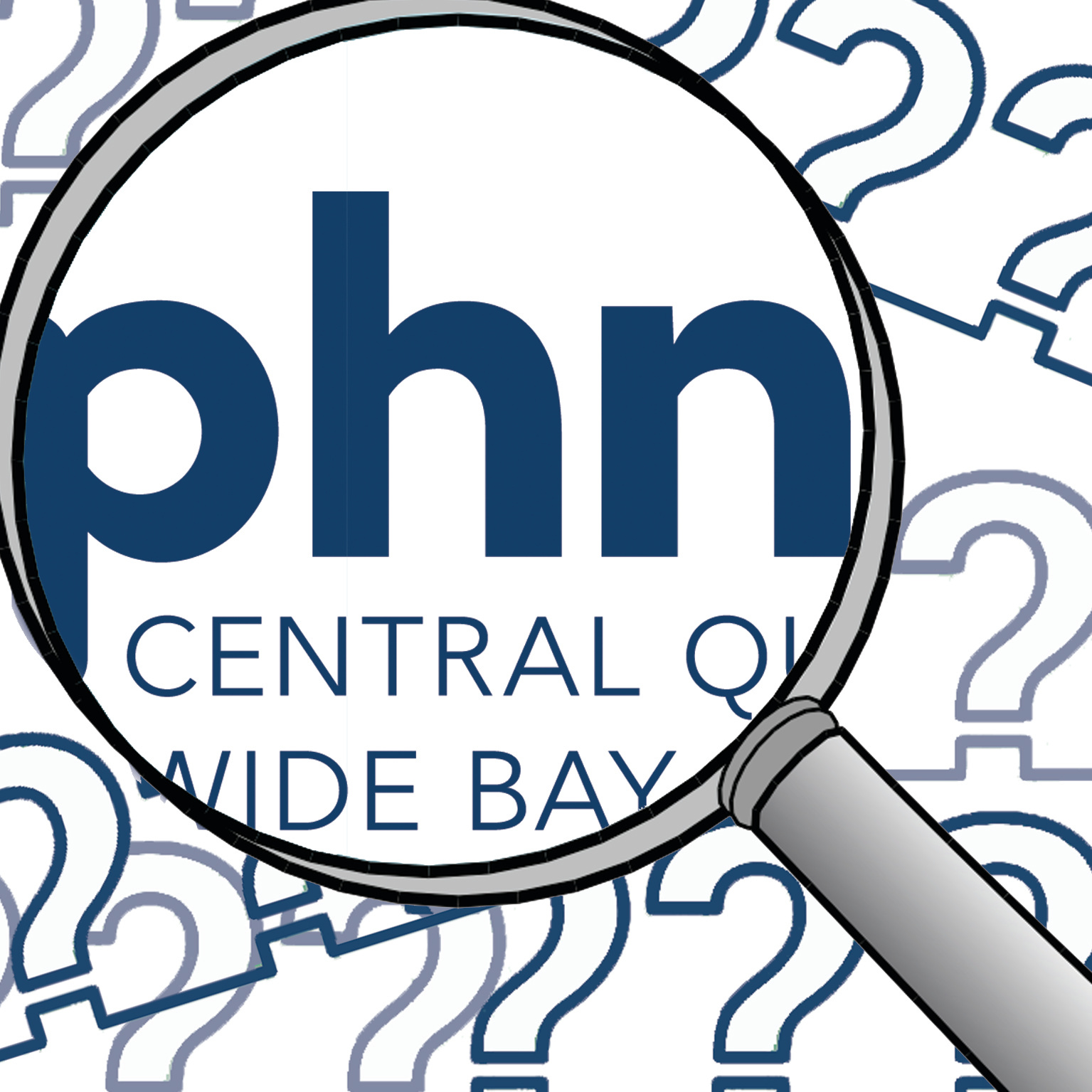 The ITC program is designed to provide supports and services for Indigenous chronic disease sufferers and works hand in hand with the Care Coordination and Supplementary Services (CCSS) program. Both are being run by the PHN in Bundaberg region.

“The PHN’s response to the issues around the ITC program, published in the NewsMail on 27 February, showed a strong desire to play down the situation,” said IWC General Manager Wayne Mulvany.

“The response failed to address the very real concerns and actually omitted information in order to skew the reality of the shortcomings. The PHN knows that IWC has, over the past few years, been raising issues around the processes and management of the ITC and CCSS.

“IWC had clearly stated to the PHN that their lack of action around some ITC referrals was very concerning, with the lack of action threatening to escalate deterioration of some people’s health.

“The PHN’s ongoing decision to push aside the concerns raised by IWC over the past few years have caused us to seek legal advice.

“This advice confirmed that PHN was been in breach of acceptable methodologies and requirements. Even so, we still failed to get any traction with the PHN, and just before Christmas we escalated the issues to the Federal Health Minister.

“IWC’s position on the ITC and CCSS was further validated by the Department, and as a result of our petitioning at least one of the processes that had been implemented by this region’s PHN has now been stymied.”

Mr Mulvany said IWC would respond to PHN CEO Pattie Hudson’s rebuttal of the serious situation around ITC and CCSS with the following facts:

1. Federal Government ITC funding has not been cut, and IWC has never said this was the case. But ITC funding is being withheld from many Indigenous patients in need by this region’s PHN – which has appointed itself service provider as well as ITC fundholder and contract manager. ITC decisions, when made, also are taking three months and more. Right now, IWC alone has more than 20 ITC applications awaiting approval.

2. IWC does not benefit financially from patients receiving ITC funding. This goes directly to the provider of the support or service. Therefore, IWC is acting only on the behalf of the patients being impacted.

3. Ms Hudson said (27/2 NewsMail) that the PHN spends “no more than 8%” of the ITC program budget on administration and staffing. The PHN itself states that the $119,000 ITC annual funding pool is for “urgent and essential services and certain approved medical aids”, with a further $200,000 per annum provided for administration / coordinator support / running costs to support ITC delivery under the Care Coordination and Supplementary Services (CCSS) program. Why is any ITC funding being used by the PHN for administration in this already bureaucratic-heavy (70%/30% split) $319,000 per annum funding arrangement? This is another example of government over-expenditure on unnecessary layers of bureaucracy and duplication, while hurting the delivery of services at the frontline, where the money is needed.

4. Within the PHN’s model of delivery around the ITC and CCSS programs, CCSS staff are going to the homes of IWC patients and often over-riding clinical decisions made by GPs or Allied Health Professionals. This is appalling. Not only is it a bureaucratic and wasteful duplication of resources, but the clinical qualifications of the CCSS employees involved are significantly less than those of a patient’s GP and associated Health Professionals. Nor do they have they have the overall background knowledge of the situation. There is no need to scrutinise referrals to this extent because there is no conflict of interest regarding the delivery of ITC services / supports by the referrer as the benefit is directly and only for the patient.

“It is important to bring to the notice of the public that when PHN adopted the service provider responsibilities around the ITC and CCSS programs, when the previous contract holder pulled out of this region, the PHN informed IWC and others that there was an intent to put this role out to tender early in the 2018 financial year,” said Mr Mulvany.

“This didn’t happen, and IWC now doubts the PHN had any intention of doing so. Furthermore, the PHN only started employing people for this program delivery in Bundaberg region around September 2018. This alone shows that the PHN had no intention of passing on the program at that time. The question is, why not, and where are the problems in handing over the program to an independent, capable and suitably qualified service provider and taking up the reins of its core role of fundholder and contract manager – a role supposedly held by the PHN since its inception in 2015.

“IWC has ongoing concerns of some hidden agendas either within or associated with the PHN and they need to be held accountable for the dismal failure.”

He added: “IWC speaks out on behalf of vulnerable and disadvantaged people in our communities who often cannot speak for themselves. We also have been contacted by a number of other organisations who are also experiencing difficulties in this area, and who are reporting to us the same lack of action around ITC / CCSS.”

Mr Mulvany also raised questions around comments by Ms Hudson that just 30 per cent of ITC clients in Bundaberg had been successfully referred by IWC.

“If the PHN is going to quote a figure of a 30 per cent of referrals (their statistics) relating to IWC, they must quote the percentages of all of the referrers,” said Mr Mulvany.

“It would be very interesting to see that breakdown, so that any bias or prejudices around delivery of successful referrals through the ITC and CCSS programs can be identified.

“Right now, we have applications dating back many months. In fact, at IWC our clinicians’ experiences have been so appalling that it would be fair to question why they would persist in referring clients to a system that rejects them out of hand.

“In addition, when our clinicians have asked to speak with the PHN-employed staff who have rejected the request for assistance, they are told the discussion will not take place.

“This is part of the reason why IWC has had to self-fund services and supports that should be provided by ITC.

“It is important to note that in all other regions covered by this PHN, the CCSS and ITC funding has been allocated directly to the relevant Aboriginal Medical Service to manage.

“It is widely recognised across government that the most effective and efficient dissemination of Indigenous-specific health and medical services is via the local AMS, rather than adding layers of intermediary bureaucracy which often fail to be culturally responsive and ineffective. IWC is the AMS for Bundaberg region, and in 2016 was named national AMS of the Year by AGPAL (Australian General Practice Accreditation Ltd). Yet the PHN has not allocated the ITC or CCSS programs to IWC, which is an act of direct discrimination against an Aboriginal Community-Controlled Health Organisation (ACCHO) that works to support our community’s voice.”

Mr Mulvany pointed to Ms Hudson’s comment that PHN is a “not for profit” operation.

“This has nothing to do with this discussion. PHNs are funded by the Department of Health to be regionally based, independent and impartial fundholders and contract managers. The Department of Health states that PHNs are ‘a commissioner rather than a provider of services’. However, this region’s PHN has since May 2018 been operating as a fundholder, contract manager and service provider for both the ITC and CCSS in Bundaberg.

“As Ms Hudson said in the NewsMail: ‘We (the PHN) deliver these services directly from the PHN to the Aboriginal and Torres Strait Islander community.’

“The question is, why? PHN being fundholder, contract manager and service provider of the ITC and CCSS programs is a direct conflict of interest. The PHN says it is committed to provision of ‘the right service, at the right time’, but this is not being backed up by its actions.”

Mr Mulvany said that since its beginnings in 2015, the PHN had stated it was a “relationship organisation”.

“IWC has attempted over recent years to bring the PHN to the table about ITC, CCSS and other issues, to little or no avail. The PHN’s overall disagreement and denial, and argument with IWC, must ring alarm bells in government. This is not a lone situation nor is it the only program area of concern. It is time for Canberra to start seriously investigating the situation around PHNs and to listen to the stakeholders on the ground. As this is public money, we need to get to the bottom of the real story and cut through the smoke and mirrors being put up by the PHN.

“In addition to this, there are persistent comments circulating around the PHN regarding what it does and what value it is adding to primary health care.”