THE first phase of the $2.43 million IWC North Burnett project has been completed, with the clearing of the site ready for construction.

IWC, an Aboriginal-controlled organisation working for all people, has committed to a major project to create a new IWC North Burnett Health & Wellbeing Community Centre.

“The centre will serve all of the North Burnett region, and build on the services currently delivered by IWC as well as opening the doors to other service providers by offering a purpose-built facility,” said IWC General Manager Wayne Mulvany.

“This is an exciting project that is rising like a phoenix from the ashes to build community services for all people in the region and generate local jobs.”

The initial phase was to clear the site, bringing in a contractor to remove the former YMCA building to make way for a brand-new facility.

Another key component of the project will be the upgrading and reopening of the sports stadium, developing additional gym capacity plus changing room and toilet amenities. The stadium closed in 2016.

“The aim is to complete the project and have it up and running for the community next year (2021),” said Mr Mulvany.

IWC is Aboriginal community-controlled, non-government and a Registered Charity, offering services to all people, Indigenous and non-Indigenous, without barriers or discrimination. 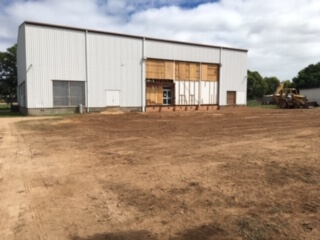